Chris is the business owner of Hand Rehabilitation & Orthotic Specialists since 2000. He is a 1986 graduate of Indiana University Purdue University Indianapolis where he studied Occupational Therapy and received his hand therapy certification (CHT) in 1993. Chris works closely with many Orthopaedic and Plastic Surgeons in the Cincinnati area allowing him to expand his creativity in custom orthotics, not only in the upper extremity but the lower extremity as well. He is a frequent presenter/lecturer at Xavier University. Chris lives with his family on the west side of Cincinnati and enjoys golf, snow skiing, and scuba diving.

Susan earned a Bachelor of Science in Occupational Therapy from Xavier University. She started her OT career working on a multidisciplinary team with the pediatric population where she gained experience working with a dynamic caseload. She joined Hand Rehabilitation and Orthotic Specialists in 2014 and has been able to transfer her clinical skills and her approach in recognizing each individual client’s needs. Susan is currently working towards her certification in hand therapy. In her free time, Susan enjoys spending time with her family, skiing, running, gardening and cooking. 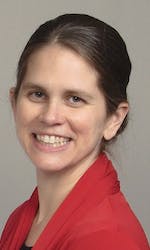 Joanna grew up in southern Indiana and is a 2003 graduate of Indiana University Purdue University Indianapolis with a Bachelor of Science degree in Occupational Therapy. She became a certified hand therapist in May of 2017. She joined Hand Rehabilitation & Orthotic Specialists in 2012 and had previously practiced in long-term care, pediatrics, and the school systems in the Cincinnati area. Joanna enjoys spending time with her husband and four children, reading, and being outdoors. 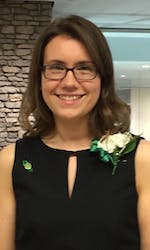 Amanda joined Hand Rehabilitation and Orthotic Specialists upon graduation in 2017. She received her Bachelor of Science degree from the University of Cincinnati, and later completed her certification as an Occupational Therapy Assistant at Cincinnati State. In her free time, she enjoys volunteering, gardening, baking, and spending time with friends and family. Amanda plans to continue her education and work towards becoming a Certified Hand Therapist. 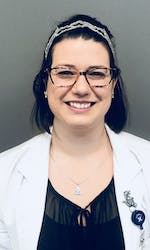 Laura is originally from Cleveland and traveled down south to earn her undergraduate degree then her Master's of Science in Occupational Therapy from Xavier University in 2015. She has begun her career in a hand therapy setting and joined Hand Rehabilitation and Orthotic Specialists in 2017. In her free time she enjoys being outdoors hiking, baking, and finding new restaurants to try with friends. 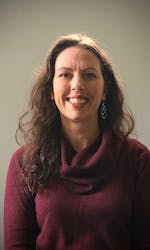 Stacey graduated in 2014 with a Masters in Occupational Therapy from Xavier University. Her career started while working in the Ohio school systems after graduating until 2017. She has been working with Hand Rehabilitation & Orthotic Specialists since 2015. Her hobbies consist of drawing, reading, and playing cards or board games with friends and family around good food.